Do It To Impress Yourself 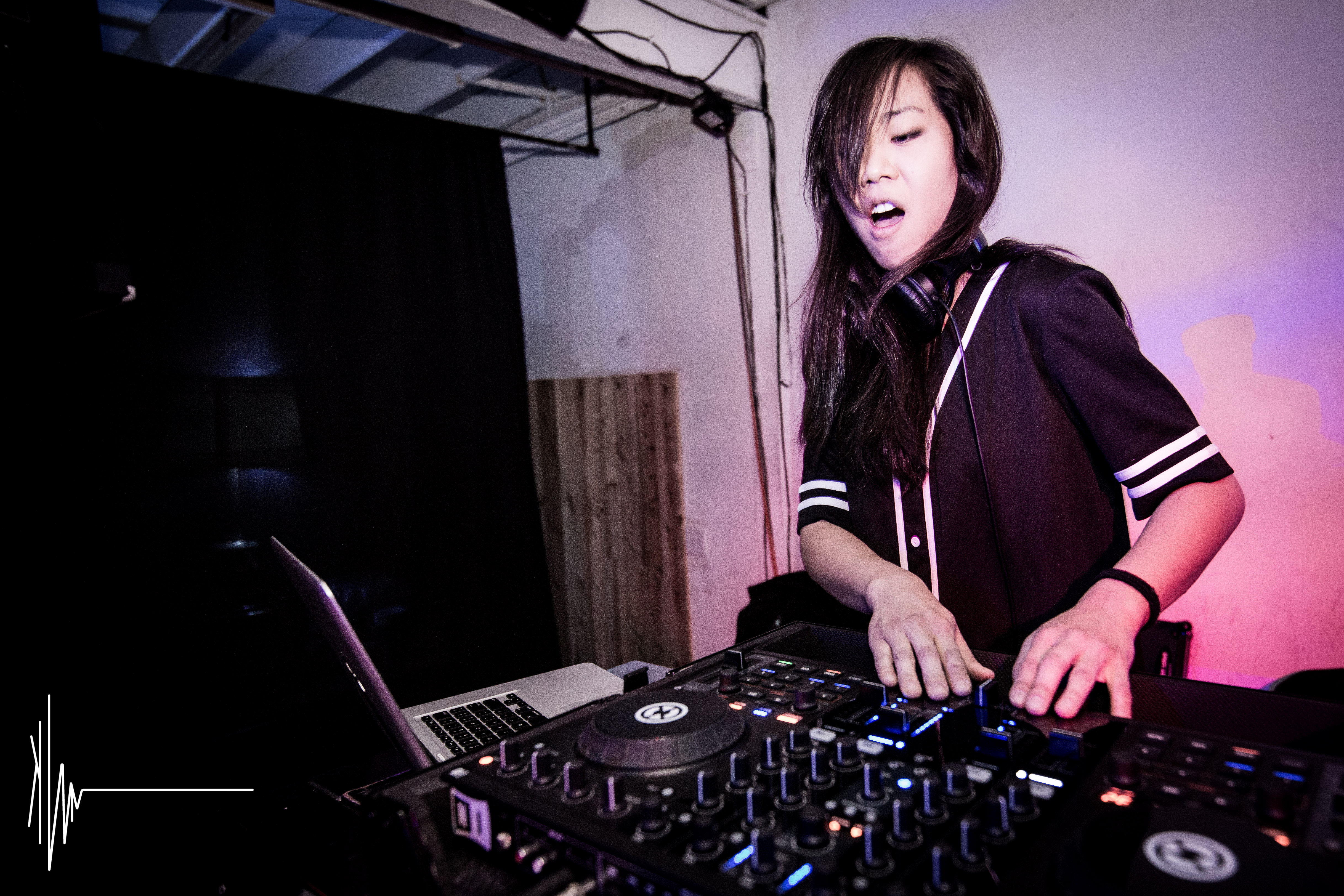 When you think of a DJ these days, usually what comes to mind is someone really cool and really popular, who loves to be on stage in front of everyone – the life of the party. Big name DJs are pretty much today's rockstars accompanied by dazzling lights and lasers, and an elevated stage with a huge LED screen behind them flashing their name while an ocean of people dance together like sardines on the dance floor.

Everyone wants to be that cool guy on stage directing the party, right? What if you want to be a DJ, but you're shy? Should you still try to do it? How do you get people to like you? These are thoughts that I had when I first started learning to DJ back in 2010. I would go over possible scenarios in my head over and over–what if I mess up? What if no one is dancing? Or worse, what if everyone laughs at me? I've always been very shy and hated being in the spotlight, so the thought of being up on stage in front of everyone was paralyzing.

I used to think that in order to be a successful DJ, you had to play at venues and nightclubs or you're nobody. You had to have thousands of followers on social media and Soundcloud. You had to set up a brand image of yourself and define exactly what kind of DJ you were – were you a Trance DJ? House? Future Bass? Mainstage? And you had to stick to that image, because the people that were going to see you were expecting a certain type of show. If they were expecting Mainstage House but ended up hearing Trance, they'd be mad.

I would stress out over making set lists for parties and events that I was to perform live at. I constantly ran into the dilemma–I like this song, but it's not in the genre that I'm supposed to play, so maybe I won't use it. I don't like this song at all, but it's really popular and most people will recognize it, so I'll include it. In the end I would have a mishmash of a set list that I wasn't particularly excited about, and the response I got from people listening was the same. Meh. I was frustrated because I wanted to be liked and to be cool. No matter how much I tried to please others and play what I thought they wanted to hear, it always fell short.

"I was frustrated because I wanted to be liked and to be cool. No matter how much I tried to please others and play what I thought they wanted to hear, it always fell short."

I tried to team up with others who were more experienced, meeting people online, and going to DJ meet ups around Los Angeles, thinking maybe I could piggyback on them. But it always ended the same – it never went anywhere. Sometimes people would ask me if I was lost when I showed up to a meet up.

"That was probably the most discouraging thing of all – I was judged on my appearance only."

Sometimes people would be excited to work with me but once they found out what I looked like in real life, they'd drop me. That was probably the most discouraging thing of all – I was judged on my appearance only. In an industry that is dominated by white males, it always came as a bit of a shock to people when they'd see me – Asian and female – show up. No one would take me seriously.

"...it always came as a bit of a shock to people when they'd see me – Asian and female – show up. No one would take me seriously."

For a long while I felt lost as I tried in vain to find someone to work with. Then one day someone nastily messaged me to put on a bikini and maybe I'd get more followers. WOW!! That made me so angry!! But what really got me was that in a sad way, they were right. I almost said screw it to the whole DJing thing. I had to ask myself, really, what was the reason I was doing this? Was it to be popular? To headline at nightclubs? Or was it to play music? Why was I so afraid of going out on my own and doing what I wanted?

I realized that there was more to DJing than what I had originally thought. There is DJing for partying – for clubs and events where your performance is geared more toward showmanship, and the music you play needs to be tailored toward a bunch of considerations: who you're playing for, what event it is, what place you're playing at. Your appearance plays a large factor in how people receive you. The importance of what you hear is on the same level as what you see. Then there is DJing for listening, for exploring music based on my own personal interests and tastes, where appearance is non-existent. In this facet I don't have to worry whether or not a song is within an acceptable genre, if certain songs I'm interested in are too slow or soft so people might get bored and stop dancing, or if I don't fit the image of the cool and popular DJ.

"People can sense if you're having fun or not. Fun is contagious."

No wonder I was getting nowhere. Music should come from the heart, and if the sincerity isn't there, it's really noticeable in the atmosphere you create around you. People can sense if you're having fun or not. Fun is contagious.

In 2015 a friend helped me secure a monthly 1-hour long spot on a local radio station. This was perfect – since it was on the radio, I didn't have to worry about looking cool, or playing popular songs to keep the dance floor crowded. I started playing songs that I liked. I started digging around for music that interested me, regardless of who made it, what genre it was, if others had heard of it before or not. My sole criteria was just that it made me feel good and had fun.

Since then I've abandoned my previous convictions about DJing. I didn't have to play at nightclubs in order to be successful, and that was a relief. I just did what made me feel good about myself. For me, it's great to not be in the spotlight and to not have a brand image with tons of followers – I can do whatever I want. I have complete creative freedom.

"I can do whatever I want. I have complete creative freedom."

My mixes include all kinds of music that flow together to create a kind of audio tapestry that reflects my personality. To be honest, I don't know who is listening, or if anyone is listening at all at times, but it satisfies me to create what I want and to grow as an artist. I've found that if you stick with what you enjoy, friends and support will naturally find you. It may be lonely at times, but it's certainly better than trying to be something you're not.

Over the years I've gained a great deal of creative independence and have made many genuine and inspiring friends who are doing the same. Ultimately what really matters is that you do it for yourself, and if your sincerity shows through in your work then you will always have an audience. I think people appreciate genuineness more than looking cool.

"Ultimately what really matters is that you do it for yourself, and if your sincerity shows through in your work then you will always have an audience."

I love music because it’s an area where nothing matters except the feel of it. Music is blind and non-judgmental. What you look like, your gender, ethnicity, political views, how cheap or expensive your gear, what software you use… none of it matters because all you're doing is focusing on good vibes and sharing those good vibes with those who want to listen and have fun. And I really enjoy that. Let the music speak for itself.

Listen to Katherine Miyake's (Ghostlyfox) at soundcloud.com/ghostlyfox and listen in to her live performances on the 3rd Monday of every month at 4pm on http://kchungradio.org/stream.html

Katherine Miyake is currently the Graphic Designer for the Japanese American National Museum. In her spare time she enjoys making DJ mixes under the alias Ghostlyfox for her monthly radio show on KCHUNG Radio and learning to produce her own electronic music. You can listen to her mixes at soundcloud.com/ghostlyfox and listen in to her live performances on the 3rd Monday of every month at 4 p.m. on http://kchungradio.org/stream.html