Figure It Out By Drawing 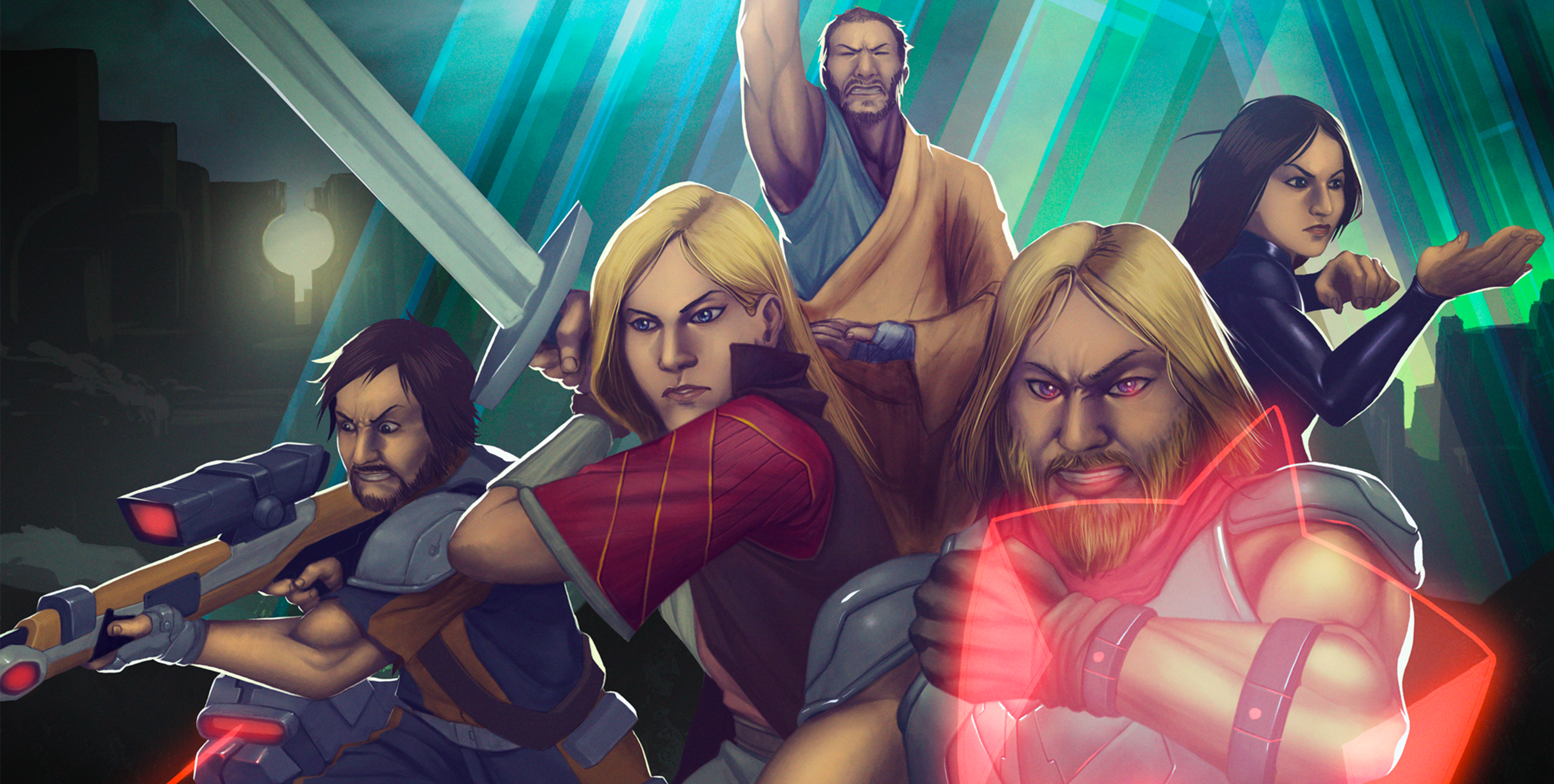 Hello there, you amazingly talented and ever curious reader you.

My name is Jamie Noguchi. I’m a cartoonist and illustrator living and working in the DC metro area and for the next few paragraphs, I will attempt something that all of us artists are absolutely terrible at doing: to write about myself.

Artists often use their work as a sort of therapy, a way to not only express their deepest emotions but to also explore their truest selves. This is how I’ve come to understand my personal relationship with comics. Creating work helps me better understand how I fit into this grand American experiment, as someone who will forever be looked at as the “other.” Also, sometimes it’s really fun to draw a robot punching something.

"Creating work helps me better understand how I fit into this grand American experiment, as someone who will forever be looked at as the “other.'"

I’ve been fortunate enough to have been able to make a living off my art in some form or another since I graduated college. I bounced around a few companies for a number years, but I was able to make a pretty decent living doing web design and animation. For a while, I smiled at the notion that people were paying me to make pretty pictures.

Initially, I thought that it was the company where I worked that had turned my smile upside-down. So, I would go get a new job. And a new one. And another one. Each time, my new job smile would fade quicker and quicker. It took like four job hops for my slow a** to realize that it wasn’t the companies that were crushing my joy, it was the work.

Nothing that I had worked on had any real meaning. None of it spoke to a greater purpose. If I was going to spend a majority of my time doing something, I wanted it to be meaningful. So, I turned to comics.

"If I was going to spend a majority of my time doing something, I wanted it to be meaningful. So, I turned to comics."

The ubiquity of the internet has democratized a number of professions by circumventing traditional gatekeepers. For comics, this means that you no longer need to work with big names like Marvel or DC. If you have an idea and the will to create, you can get your comics out to the world in an instant.

In 2010, I jumped right in with my very own office romance comic, Yellow Peril. I have always been a fan of office related movies, tv shows, and comics, but they rarely reflected the ethnic make-up of most of the places that I worked. Yellow Peril was my response to the dearth of diversity in the office humor genre. I wanted to create something that closer reflected my personal experiences in those cubicles. I also liked the idea of using an outdated racial slur as the title of my comic.

Yellow Peril was a lot of fun to work on and it opened a number of doors that have lead me to bigger things. I made a lot of friends on the comic convention circuit and even teamed up with a few like-minded idiots to form Super Art Fight, the greatest live art competition in the known universe! 2018 will mark our tenth year of art fighting which kind of boggles my mind.

If you’re an Asian American comics fanatic, you may be familiar with Secret Identities, The Asian American Superhero Anthology. Published in 2009, the collection features stories about Asian American super heroes written and drawn by Asian Americans. Like a whole lot of things in my life it seems, I was late to the party and only heard about the project when it was already on shelves.

Fast forward to April of 2012. I get this email from a Keith Chow, one of the editors on Secret Identities, asking me if I’d like to contribute to a second anthology called Shattered. Apparently, he typed in “Asian American Cartoonist” into the Google machine and my name came up! SEO for the win! This time the stories would go beyond super heroes and cast a wider net to shatter Asian stereotypes across a variety of genres. Artwork from my pages were showcased in the Alt.Comics: Asian American Artists Reinvent the Comic Book exhibition at the Museum of Chinese in America in New York City.

In August of 2016, I get an email from Jeff Yang asking if I’d be interested in working with the Japanese American National Museum on an exhibition about the life of George Takei.

When someone asks if you want to work with George Takei, YOU SAY YES!

"When someone asks if you want to work with George Takei, YOU SAY YES!"

New Frontiers: The Many Worlds of George Takei was one of the most challenging and most rewarding projects I’ve ever worked on thus far. I draw characters and faces all the time, but my style is far from realistic and I hardly ever bother trying to capture the look of real, actual people. It took about a month of just staring at various photos of George, to get something even close to looking like him. But the retraining paid off. I don’t think I’ve ever smiled as big as I did when I got George’s approval email.

It was such an honor to be asked to contribute to New Frontiers. My father’s side is Japanese and I have grand aunts and uncles who were incarcerated at the camps, but they never told stories from those days even when I got older and more curious about our family’s history. It was quite an emotional journey learning about George’s early life and trying to pick out moments to depict in illustration and in the comic. These were important stories that needed to be shared. That notion stuck with me throughout the project and pushed me to do the very best that I could.

"My father’s side is Japanese and I have grand aunts and uncles who were incarcerated at the camps, but they never told stories from those days even when I got older and more curious about our family’s history."

Looking back through all of this, the idea I want to leave with you is that if you have a passion, pursue it to the best of your ability. The struggle to find your true, authentic self is always a worthwhile journey. If I had stuck with just doing the safe thing and continuing with web and design work, I would be a miserable wreck. A well-paid miserable wreck, but a wreck nonetheless. That’s no way to live. I make a lot less now, but I’m much more happy and satisfied with life. It’s worth it. At least for me.

"Looking back through all of this, the idea I want to leave with you is that if you have a passion, pursue it to the best of your ability."

If you made it this far, wow! Thank you for your time. And I hope you get out there and do the thing you most love. I mean, be smart about it too. Don’t just quit your day job, at least not from the get go. But if you have a fiery passion that burns in your soul, keep that fire stoked! Now go kick some a**.

Jamie Noguchi is a Japanese/Chinese American artist living in Washington D.C. We had the opportunity to have him share his story on deciding to become a freelance cartoonist and illustrator and choosing this medium to give Asian Americans a voice. He has had his art featured in the Museum of Chinese in America located in New York and also served as the illustrator for the Japanese American National Museum's New Frontiers: The Many Worlds of George Takei exhibition, where he was able to illustrate George's life and learn about his Japanese American identity.