The Next Generation & Incarceration Camp 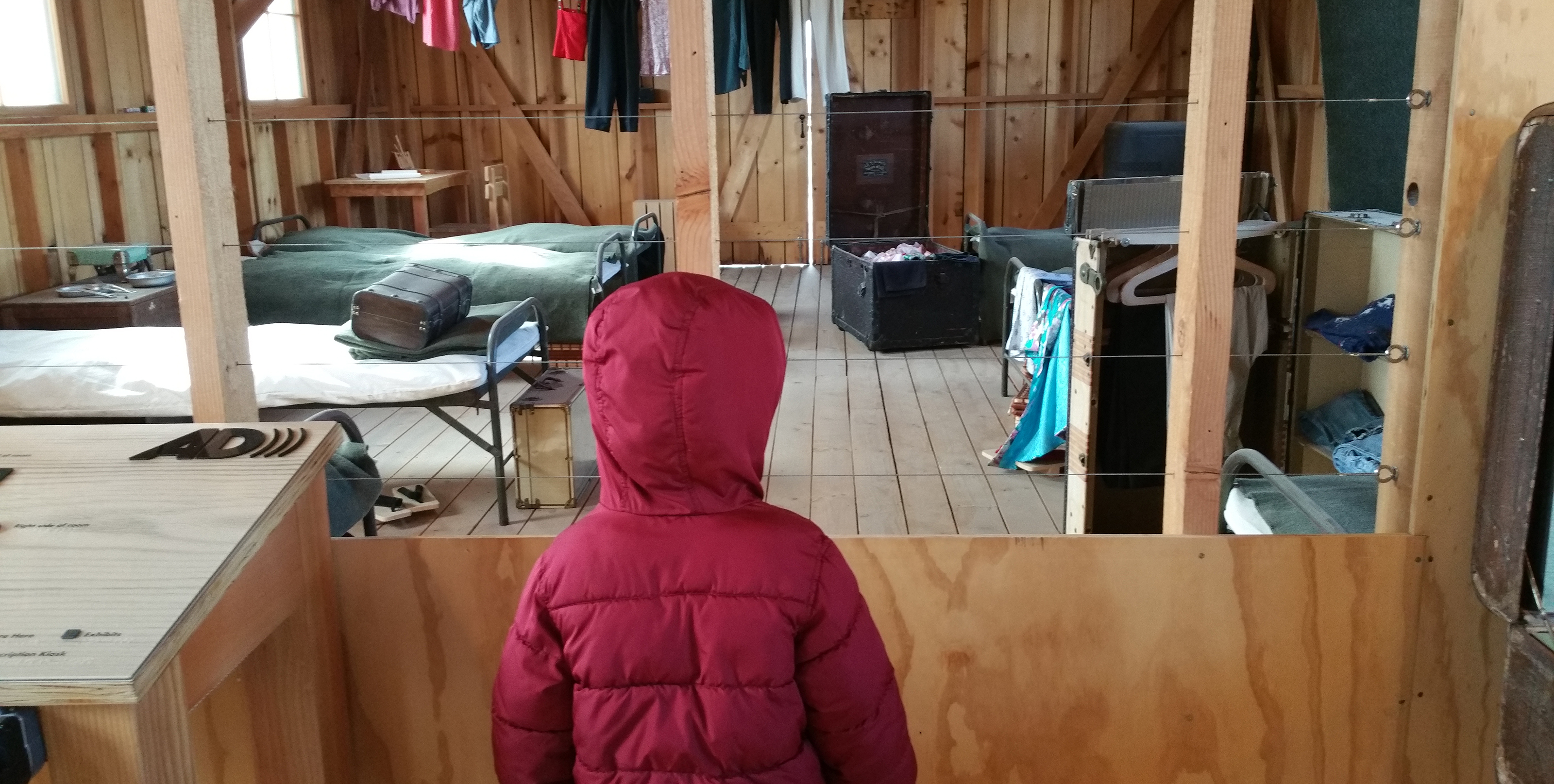 The incarnation of Japanese Americans during World War II has impacted the community in a variety of ways—some that are obvious and some that are not. Whenever I go to a Japanese American event, I am still surprised by how many times “camp” comes up. As descendent of someone who spent a good portion of their childhood in one, it is never far from my mind. And in the current political and cultural climate we find ourselves in today, it seems to come up even more.

I decided that it was important to start early. Every time we passed places where Japanese Americans were incarcerated here in Southern California—like the Santa Anita Race track—I would point at it and tell him: “This is where they locked up our people.” At first, he would just look and nod. But it eventually led to conversations and questions. Lots of them.

In the beginning, the main question was: Why did they lock up Japanese Americans? I would tell him it was because they were afraid and sometimes when people are scared they make decisions that aren’t the right ones. It was during these times that I came up with the sentence that I knew right away was what I wanted to pass on to my child—that we as decedents of people who were in the camps have to make sure it never happens again to anyone ever. My toddler had no idea what I meant. I would explain that “everyone has the right to be free. That we should not lock up anyone because of the way they look or where they are from.” THAT he understood.

I knew I needed to do more than just point to places. We needed to go to one of them. So when my child was four years old, we took a family vacation to Manzanar for the annual pilgrimage in April. When we first got there, he wasn’t that interested. In fact, he just wanted to go back to the hotel in Lone Pine and watch television. However, while we viewed the documentary at the museum, I was surprised to see tears streaming down his face. It had finally hit home for him. After the movie, he wanted to go back to see it all again—with new eyes.

Since he was so young, he didn’t understand what was going on completely. For example, he thought Japanese Americans were still in the camps. I explained to him that it was a long time ago.

I don’t want to make it sound like my son and I talk about the “camps” every day. We don’t. Sometimes weeks or months pass that it doesn’t come up. But I think what’s important is that it is part of our conversations. I don’t believe it is something to hide from him because of his age. I believe the opposite in fact. I believe it is important to bring it up and discuss. When he’s older, I can start to tell him what happened to our family and if he’s interested he can start to do more research and figure stuff out on his own.

My biggest fear in all this is that I don’t want to burn him out on “camp.” I don’t want him to roll his eyes when I mention it. I don’t want him to think it is something that “just” happened to his grandfather. I’m pretty sure there is a fine line somewhere there that I don’t think I have fully grasped yet. I also don’t want to make it seem like “camp” is all there is to the Japanese American community. I want to expose him to all that is Japanese American and hope that by knowing the history and culture he will not only be proud of who he is but be able to lead the community for the next generation.

Writer/Producer Koji Steven Sakai is the founder of Little Nalu Pictures LLC and the CEO of CHOPSO (www.CHOPSO.com), the first Asian English streaming video service. He has written five feature films that have been produced, including the indie hit, The People I’ve Slept With. He also produced three feature films, a one hour comedy special currently on Netflix, and Comedy InvAsian, a live and filmed series featuring the nation’s top Asian American comedians. Koji’s debut novel, Romeo & Juliet Vs. Zombies, was released in paperback in 2015 and in audiobook in 2016 and his graphic novel, 442, was released in 2017. In addition, he is currently an adjunct professor in screenwriting at International Technological University in San Jose.